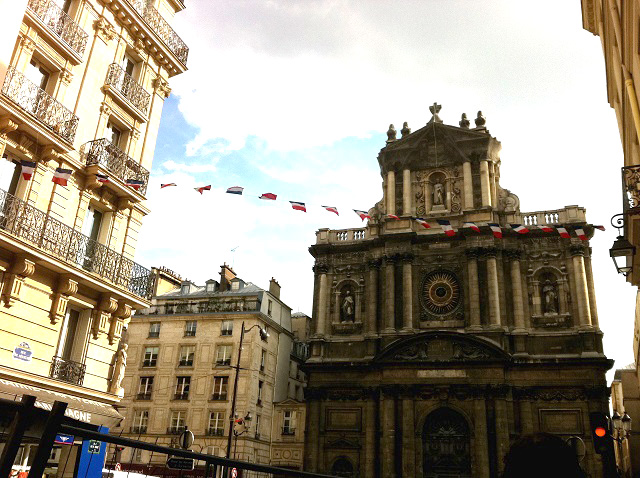 Bastille in Paris is one of the most fun days to celebrate in this magical city and everyone participates; from the tourists to the locals who all clamor around the Eiffel Tower and on to the firefighters who take this holiday seriously {the fire department near our apartment had a THREE NIGHT party for the Firemen’s Ball!}. The Husband and I were living in Paris and our last full night in town fell on Bastille Day, so this last day was extra special as we celebrated with our fellow Parisians under the Eiffel Tower. 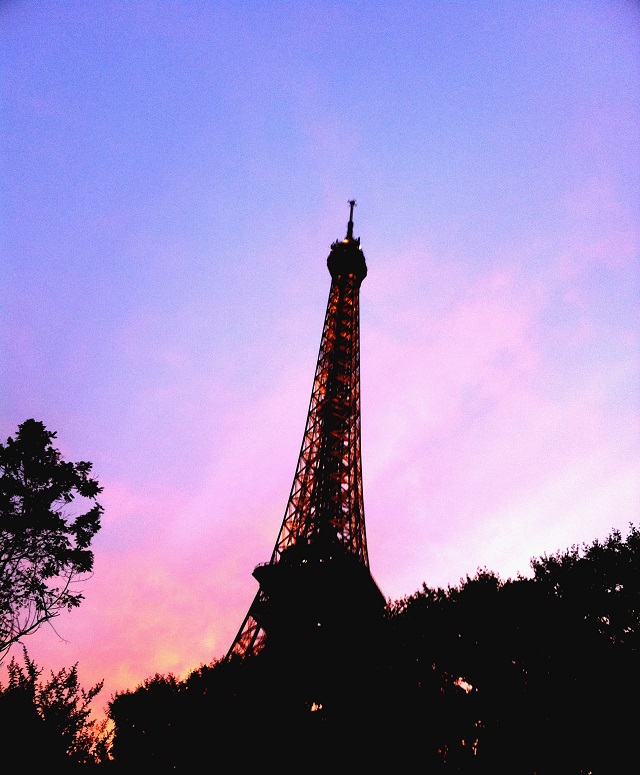 A picnic under the Eiffel Tower is special anytime of year, but on La fête nationale it takes on an even more exciting vibe as everyone gathers around the Eiffel Tower to celebrate. Before taking the Metro to the Eiffel Tower we foraged the city to create a decadent French-influenced picnic basket including baguette sandwiches from our favorite boulangerie, fresh fruit, cheese, champagne and macarons from Pierre Hermé. After getting our picnic together we joined the massive crowd picnicking around the Eiffel Tower and settled in for hours of music, chatting, and nibbling before the sun went down and the fireworks show began.

Set to a Broadway score of emphatic music, the fireworks show was exciting to see and an unforgettable experience. This epic day ended with the an explosion of fireworks followed by the Eiffel Tower twinkling in excitement. Celebrating Bastille Day in Paris is still one of my favorite memories of life in Paris and I think back on it often.

I’ll be spending this Bastille Day stateside in sunny South Florida, but will still be celebrating with a few French foods, including my beloved macarons outside on the balcony of our little chateau seated on our new French bistro chairs. Vive la France!